PadelMBA.com
Home page » How do you approach the game against opponents who are technically much better than you?
Tactics

How do you approach the game against opponents who are technically much better than you? 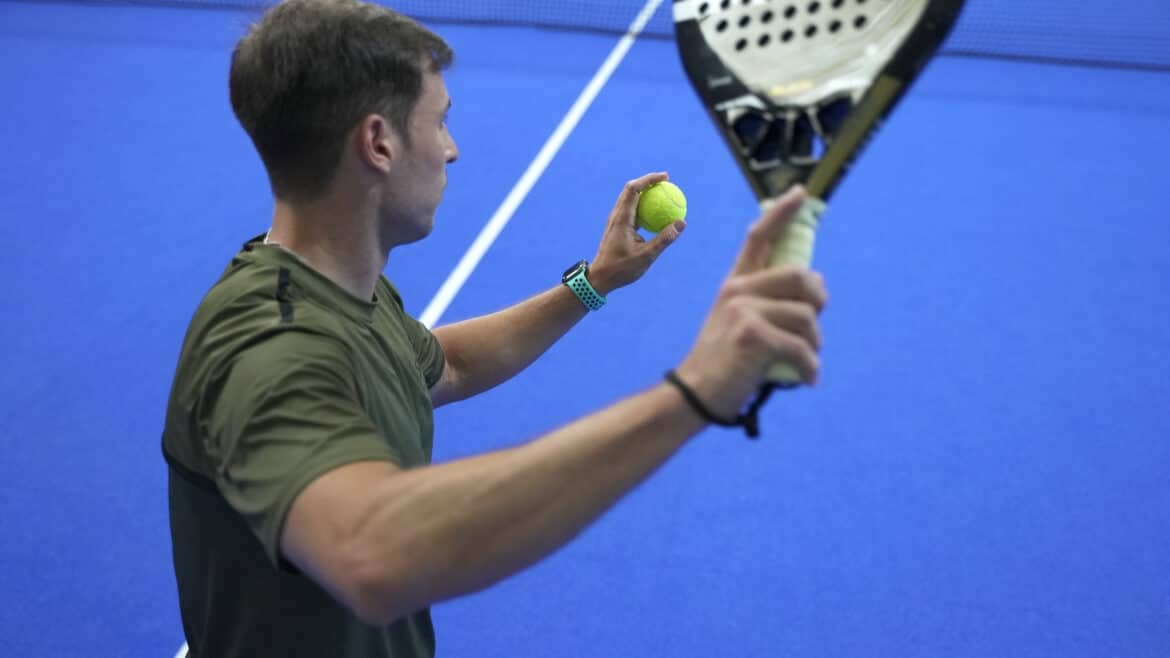 The first thing you can do

If you are in one of those situations in which you know before starting the match that your opponent is technically better than you; something that has happened to all of us, one of the premises is to know what their strongest points are.

Since padel is played in pairs, you can look for each one’s weaknesses, both in their attack and defence. Once you have done that, the goal is to come up with a strategy that is aimed at finding the “weakest” points of your opponents in the early stages of the match.

“On many occasions, we have a bad strategy, and this, together with the fact that our opponents are technically better, puts us in a very difficult position to win the game”.

Secondly, and equally important, try to slow down the pace of the match to break the rhythm or at least make it slower or more uncomfortable. A pace that doesn’t suit them can lead to them making more mistakes than they are used to.

Possibly with a higher pace, they will be more comfortable and you, on the other hand, by forcing your strokes and looking for higher speeds, will enter a higher risk zone which will make you predisposed to have at least, in the best of cases, the same number of mistakes as your apparently superior opponents.

“If you find yourself in the scenario of being the player with the least technique, try to cause mistakes that make the game go to you even though you’re not the one with the most quality.”

One of the aspects to consider when facing this type of opponent is that they will want to impose their rhythm, their game and their speed, and this can sometimes become a favourable factor for you.

“The good thing about playing against players with more quality is that they tend to give you extra activation”.

Although the result is not always favourable, the demand and the intensity make you leave the match with positive feelings due to the game you have been able to shape on the court.

One of the consequences of starting the match “with nothing to lose” is that you can reach a point where you play without pressure and somehow your game ” disinhibits” which can trigger a more fluid game and according to your best version of your current game. And that, by nature, is the best scenario to be able to have a chance of winning this type of match.

The dominance of points in these contexts is even more relevant than in other contexts. The fact of taking the net and being able to hold it can make a big difference between an even match or a match where you feel overwhelmed by your opponent’s pressure on defence.

The tactic is largely up to you

It is therefore important that you prioritise with your partner the tactical fact of keeping the net as much as possible and once you get it, be very active to cover possible angles that the players, a priori more aggressive, will try to find.

“Normally unbalanced games tend to be shorter at the start, but the longer you lengthen it, generally, it can be a good sign that there is a chance to compete in the game”.

From a more tactical point of view, assess the quality of each opponent, and if there are noticeable differences, consider the option of putting one of the players in the “fridge” or assess which player you are playing when you are defending and which when you are attacking. There is always a weak point and if you manage to detect and attack it you will be able to carry out more initiatives at points.

On the other hand, in side exchanges it is very important to stop the game and sit down for a minute and a half – make the most of it!

First review with your partner how you have approached the match and if you are going to continue like this, and after that, use the time to try to slow down the rhythm of the opponents and their positive inertia if it is the case. Within the rules, if they cool down at some point it is one more factor that works in your favour.

Don’t forget to hydrate and fight a match that should go at least to a third set on your side.

When serving, if your partner sees it viable, use “the Australian mode”, or alternate one with and one without the Australian mode. This can generate a lot of confusion among the opponents and moments like this are key to being able to sink your teeth into the scoreboard.

And above all, remember that in this type of match it is important to loosen up, play calmly and even, depending on the result, try certain strokes that you wouldn’t dare to do in a higher score.

But don’t forget that the match is never lost until it’s over.